Kimberly S. Lechner
President and Chairman of the Board

Ms. Lechner is a highly experienced finance executive with 25 years of Finance experience in various capacities. She is a US CPA and a Canadian CPA and CA. Read More >


She began her career in Public Accounting with Ernst and Young, after which she went into industry, working for Nortel Networks for 15 years in various roles, culminating her experience with that organization as the VP Finance Operations Americas. Most recently she was VP Finance with JCPenney, where she held executive level Finance roles running their Global Shared Services Center and implementing their largest IT implementation ever. Notable accomplishments include Ms. Lechner’s JCPenney Shared Services organization being awarded the 2011 North America Shared Services and Outsourcing Network award in Culture Creation and Awarded Runner Up in People and Communication. Ms. Lechner is passionate about pets and currently resides in Frisco, Texas with four dogs of her own.

Ms. Cummings is professional in human resources and holds the position of a Sr. Human Resources Manager with JCPenney where she has held various HR positions Read More >


of increasing responsibility for 20+ years. Prior to JCPenney she held the position of Personnel & Benefits Administrator for Alumax Aluminum located in Mesquite, Texas. She is a member of the Society for Human Resource Management. Ms. Cummings currently resides in Salt Lake City, Utah where she participates in various running events and enjoys spending time with her husband Mike and their 11 year old Labrador Retriever, Rosey.

Ms. Warmbier joined Dean Foods in May 2012 as Senior Vice President of Human Resources for Fresh Dairy Direct. She was promoted to her current position in November 2012. Read More >


Prior to Dean Foods, Ms. Warmbier served as the Senior Vice President, Human Resources, for JCPenney where she led human resource professionals supporting more than 150,000 associates in supply chain, stores, and corporate. Her experience also includes more than 20 years in the consumer packaged goods industry with PepsiCo, where she led the HR PepsiCo Customer teams for the company's five North American sales divisions including Frito-Lay, Pepsi, Tropicana, Quaker Oats, and Gatorade.

Ms. Winger trained in Music Business & Sound Engineering at The University of Colorado, and Acting at the Beverly Hills Playhouse, Julie spent a couple of years behind the scenes Read More >


at the Denver Center Theater, and many years in front of the scenery in Hollywood, before tackling the intriguing world of Real Estate Sales. Some notable accomplishments include the 5280 Five Star Realtor Award 2010, 2013; The Coldwell Banker International President’s Circle Award 2005, 2006, 2007, The Kentwood Company 10 Million Dollar Club 2011, and the Denver Board of Realtors Million Dollar Round Table 2003-2012. Ms. Winger has been a longtime volunteer for and supporter of the Denver Public schools, especially the Denver School of the Arts, is an advocate for ASAP (The African School Assistance Project), Rocky Mountain Public Television, Friends of Manual High School, Challenge Denver, Smile Train, and Shining Hope for Communities. 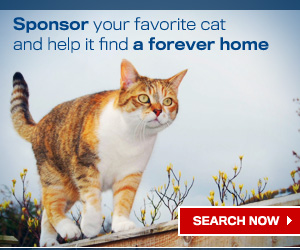 WHAT OUR
SPONSORS ARE
SAYING

Thank you PETBUCKs for helping animal rescue shelters do what they do best. I feel great knowing I can help save a Pets life!